Updated: Jun 12 2020
DJI’s Robomaster S1 is a smart remote controlled tank that is just at home on the battlefield as it is in the lab. Compete in tournaments or learn how to program with this awesome robotics platform.

The Robomaster S1 is a programmable robot tank made by DJI. While the S1 may seem like a departure from their usual line of drones, robot tanks are actually a big part of DJI’s heritage. DJI organizes an annual Robomaster competition where teams of aspiring roboticists battle against each other in a show of Robotics and AI supremacy. The S1 is a consumer model based on the designs and learnings from that competition. 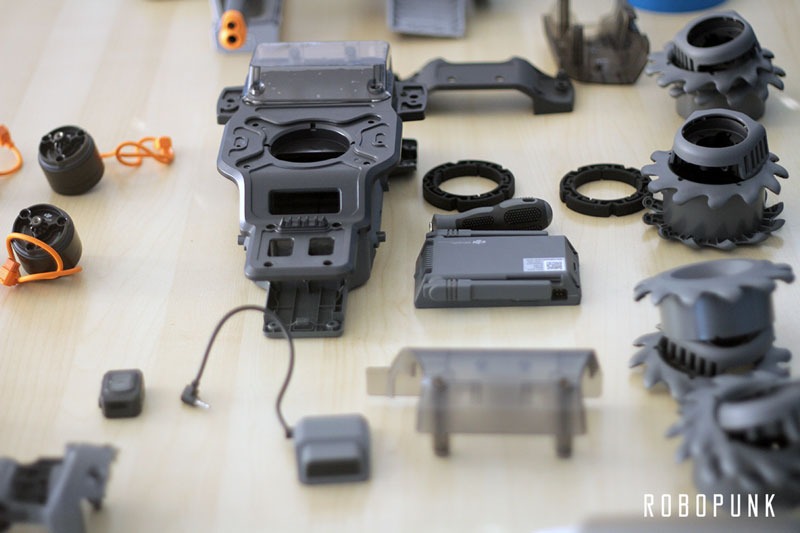 The S1 comes as a DIY kit with parts you need to put together. Don't worry though, all the parts fit perfectly and no soldering is required. To make it easy for aspiring robo builders, they even give you a little hex screwdriver and a highly organized box of screws. With my 2 keen little helpers, the whole process took just over 3 hours. 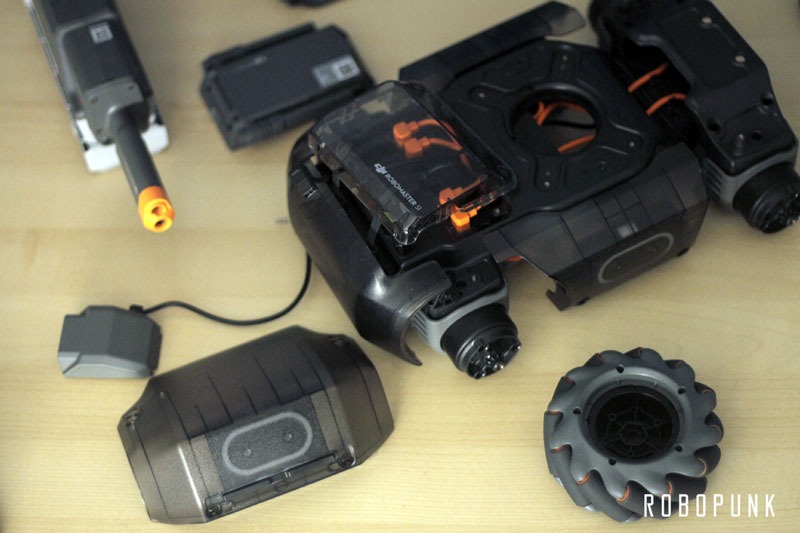 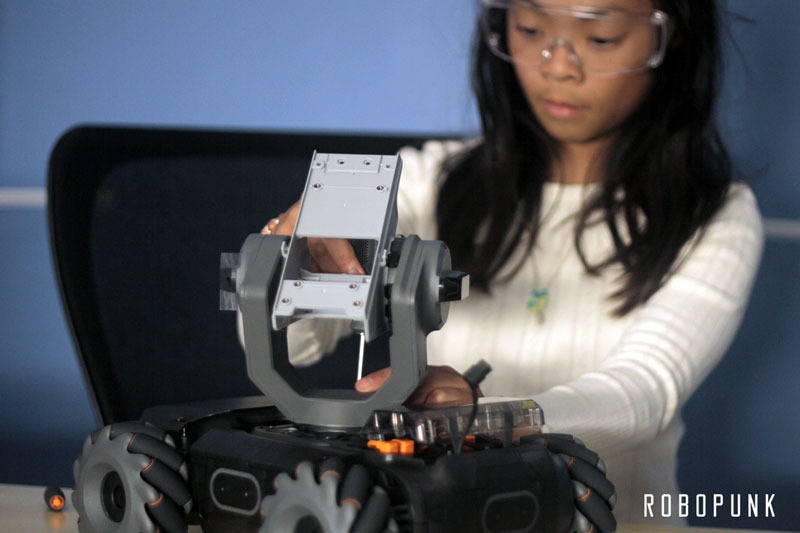 Overall the building experience was fun and we had a great time building ours. Building it ourselves let us see how the servos and sensors were connected to the controller. It would be even better if DJI released an instructional video which taught us about the different parts as we were building it. 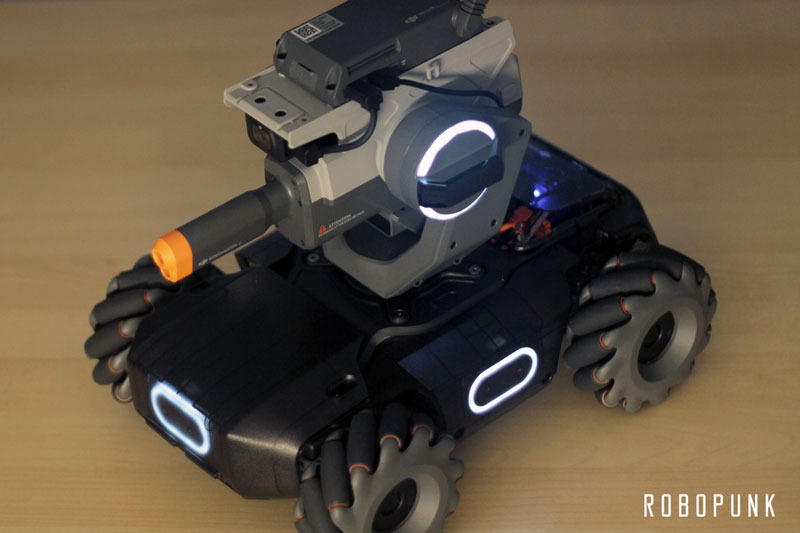 DJI really nailed the design of the Robomaster. If you are familiar with Ghost in the Shell, the Robomaster will remind you of those cheeky tachikomas - AI robots with cute personalities that are bristling with kick arse weapons. Robomaster's gimbal and gun turret looks like a head and can be programmed to display different expressions.

DJI really have the onboarding sequence worked out. I have had a few of their drones, and it's always exciting when you first power them on. The Robomaster is no exception. During the setup and download of updates, the robot talks and flashes its leds making you feel like you have got a futuristic tank in your hands.

The S1 is controlled with DJI’s Robomaster app for PCs and mobile devices which lets you drive the robot around in First Person View using 2 virtual joysticks. The controls are precise with no discernible lag between input and the robot responding. Movement in all directions is controlled by the left hand side virtual joystick while gimbal control and facing is done on the right. When my kids had a turn, they took to it naturally navigating through the house and shooting objects with ease much better than their old man. Then it hit me. The controls were exactly the same as for Minecraft on the iPad, a game which they have sunk many hours into. Also worth mentioning is the slick app UI which makes you feel like you are playing a real life video game.

DJI sells a gamepad accessory for people who like a more tactile control. It has a cradle for your mobile device and a joystick on the left hand side. Interestingly, the gamepad can also be used as a dock where you can attach a USB mouse and keyboard for diehard PC gamers who prefer the traditional setup.

The S1 can be configured to fire gel beads or an infrared beam with the blaster turret lighting up the target with a led laser and sound effects. Robomasters have intelligent sensing armor on 4 sides which register hits by beads as well as infrared shots. It was a good decision by DJI to include both options, as I am not sure if parents really want projectiles flying around the house.

Just like on their drones, DJI incorporated Active Track on the Robomaster. You can scan your environment, lock onto people or other S1s and your robot will follow them around.

The new intercom function released by DJI really adds an added dimension to the FPV play by letting you send a recorded message to be played over the S1's speakers. Everyone loves delivering a one liner before blasting.

The Robomaster S1 wasn't cheap, but it’s a high quality robotics kit which also happens to be a ton of fun. After spending a couple of days with it, we are already contemplating getting a rival / team mate. Tournaments will be a whole new level of engagement, letting you unleash your S1 against other robots. The programming aspect looks like it could be really cool based on the S1's sensors and potential for different movements.

I finally have a robot which can drive to my kids rooms and wake them up for school, like a gel bead blaster alarm clock. Now if only DJI would open up more of its SDK to allow hackers to add some self driving capability and machine learning, that would make it an amazing robotics platform.