Updated: May 25 2020
Lego BOOST is a good intro to Robotics & Programming. The BOOST creative toolbox kit lets you build 5 models which teach kids about different aspects of robotics.

Lego Boost is a new system from Lego for introducing kids to robotics. The Boost creative toolbox kit is the core set and it makes 5 models each meant to demonstrate an aspect of robotics. Vern the humanoid robot which moves, entertains and shoots missiles, Frankie the Cat with its animatronic expressions, a guitar which can play real music, a robotic car factory, and a remote controlled forklift. The Boost system is the first step in Lego's masterplan to add robotics to future brick sets. You will soon be able to integrate this kit with future Boost enabled Lego sets to make them come alive.

The robotics magic comes from a couple of special components. The core of the Lego Boost system is the Move Hub where the microprocessor lives. It also has a bluetooth module, 6 axis tilt sensors, and a motor, There are input and output ports for attaching an additional motor and a sensor for detecting motion and recognising color.

The set is designed for people looking to get into robotics but who may not be ready for their more advanced Lego Mindstorms sets. Younger kids are definitely going to need help with assembling models as they are complex with the full set comprising a whopping amount of bricks (847). The entire process is fun and parents will enjoy building the models alongside their kids. Just be ready to block out some time, as there are quite a few steps involved.

Instructions for building models are contained in the accompanying Boost app which breaks down the building process into levels and challenges. Once you complete a part of the model, you get to write programs and play with it. These milestones are well spaced out to keep your interest level peaked. This is a good thing since completing each finished model takes quite a bit of time.

All programming is done via the Lego Boost app using a drag and drop block based coding interface. Programming varies depending on the model you are building. Each model gets their own set of blocks representing high level command which you drag onto the canvas causing your robot to dance, fire a missile for Vern the robot or "purrrr" and wag its tail in the case of Frankie the cat.

Playing & Learning with the Boost Kit

Each of the Lego Boost models are really fun to play with, and aspiring robotic hackers can learn by figuring out how each works. The models are complex, so you probably want to explore each one thoroughly before deconstructing it build another. Another thing to consider is that being Lego, models are fragile and can easily come apart when you are playing with them.

Once you are ready to go beyond the standard models, there is an additional mode called creative canvas. In this mode, the app walks you through building an animal or vehicle "base" model. From then on you add your own bricks to create new models which you can then program.

The Lego Boost set is a good introduction to junior robotics. Instead of a STEM kit it's more like a set of 5 robotic toys. However, the whole Boost experience is very polished with that distinct Lego quality and kids will have hours of fun building and playing with the finished models. The creative canvas mode adds to the Boost set's long term playability, and the ability to integrate it with future Boost enabled sets is a brick builders dream come true.

The core Lego Boost Creative Toolbox set can be combined with other Lego sets to make powered models which can be programmed with the Boost app. Lego also make standalone sets which are Boost enabled and come complete with their own Move hubs. 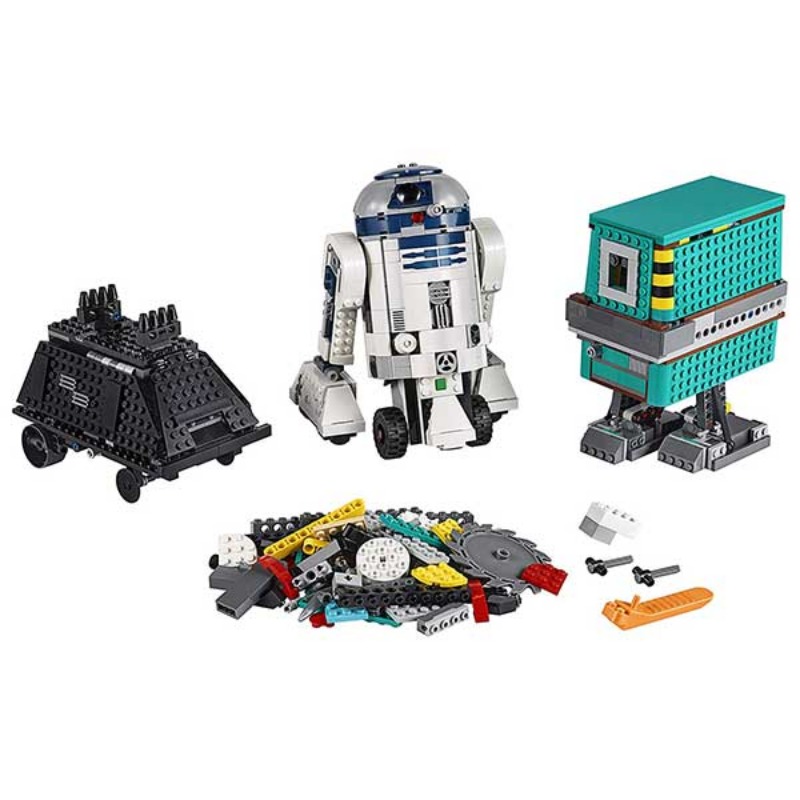 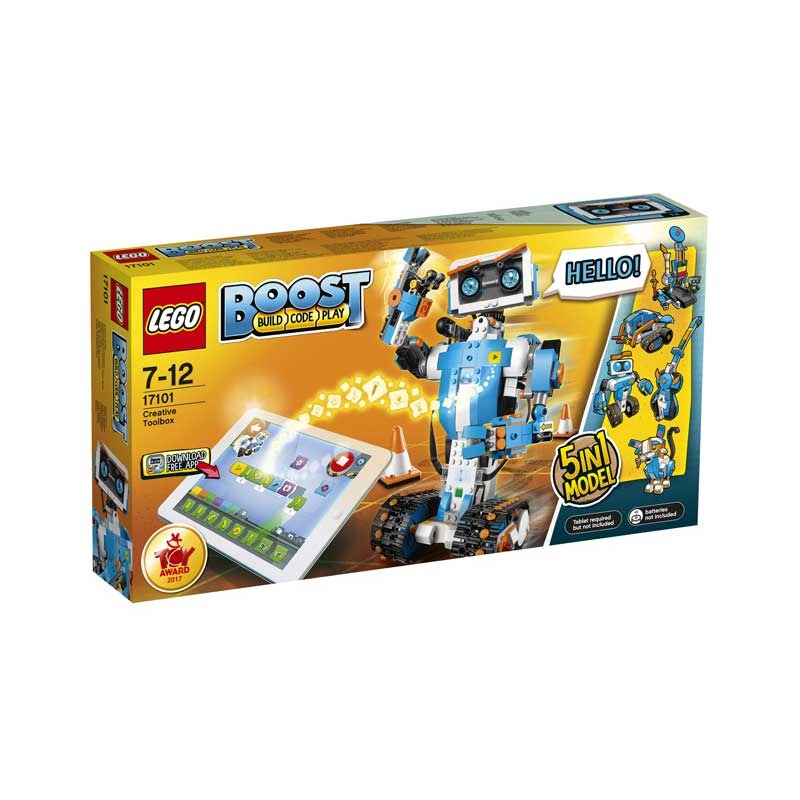