The Sphero RVR is a Programmable Mobile Platform for your Robotics Projects.

Updated: Aug 3 2020
Sphero RVR had its origins in a Kickstarter where it easily smashed its campaign goal with pledges of over a $1M. The RVR was touted as the Go anywhere Do Anything Robot made by the Sphero team who have an extensive background in consumer & educational robots and building solid products. So how does the RVR perform?

We have had a number of Sphero older robots in the past and when the RVR was announced as a more extensible coding platform it was a no brainer upgrade.

Out of the slickly packaged box, the RVR looks really well built and feels like it’s designed to take the punishment that kids will put it though. After using it for a while and putting it through some knocks we can attest to the build quality. 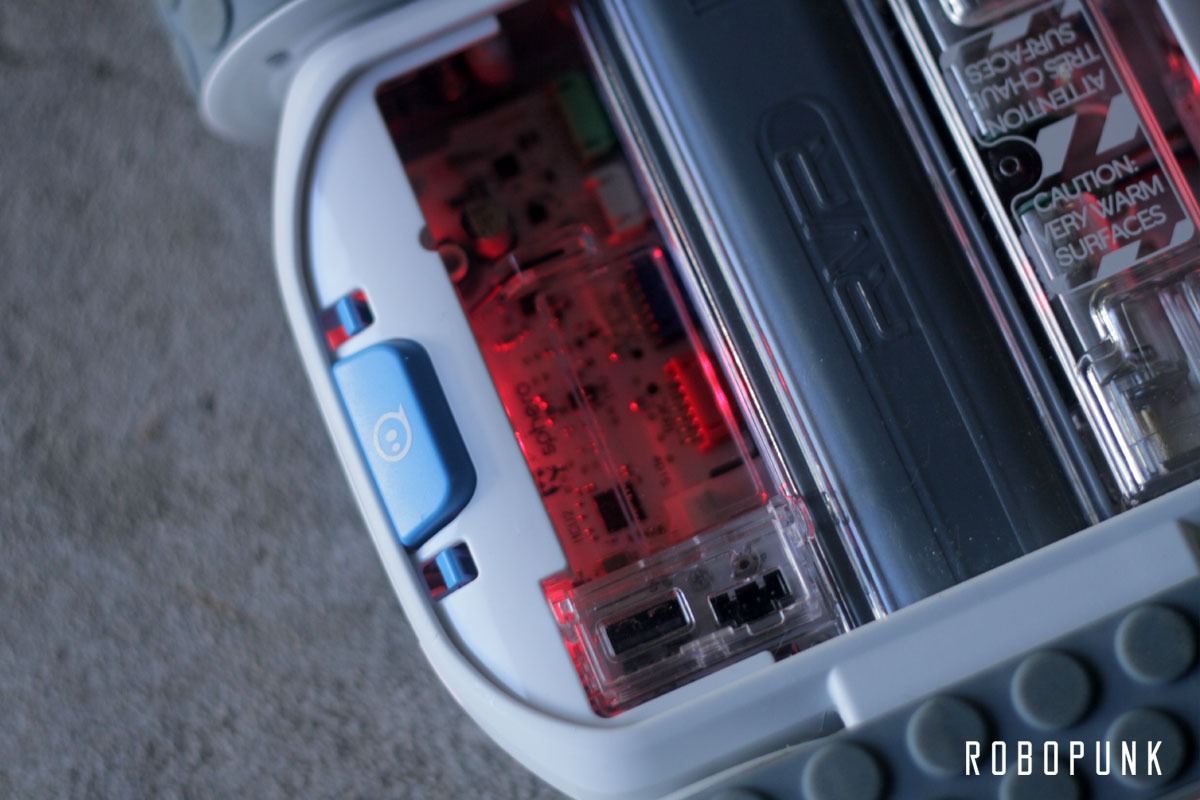 All the electronics and motors are well protected from impact and dirt, encased within a plastic body. A very nice touch is the clear casing of the body - an idea from Sphero’s earlier robot the Sprk and the Sprk+. This lets you see the different parts which make up the robot - the control board, battery and servos. 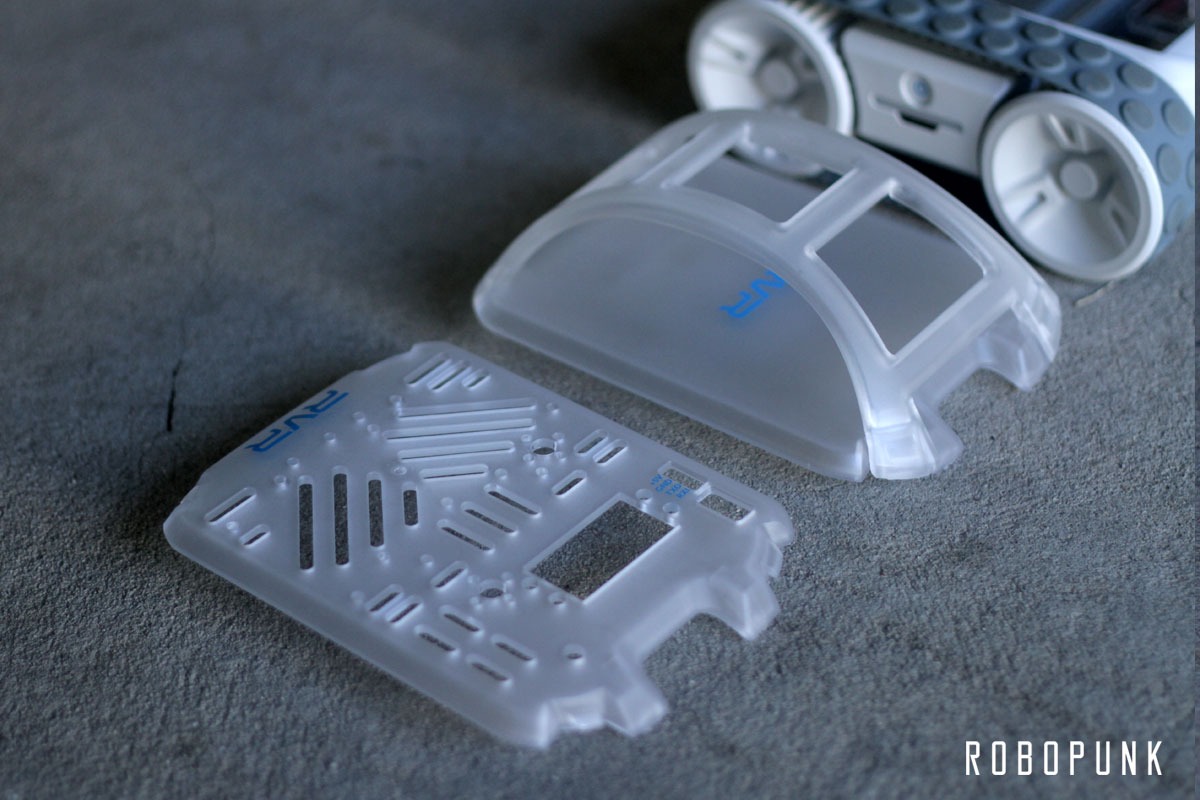 You get 3 covers with the Sphero. A full cover that completely protects the RVR’s internals for times when you want to bring it outside for some fun in the dirt. A hacker cover for makers who need access to the ports and power. There are also multiple screw holes and cuts on this cover so you can secure different components to the top of the RVR. A protective roll-cage fits on top of the 2 covers and offers protection for any electronics that are added to the RVR.

One of the RVR’s best features of the RVR is its driving control system.

The onboard 9 axis IMU together with some clever software algorithms lets the RVR navigate by compass heading with a high degree of stability and accuracy. It self corrects for small obstacles and little bumps on the road, keeping its direction in spite of road surface conditions. Outfitted with tank tracks, the RVR can cover a lot more terrain than its predecessors.

This accuracy is useful in learning and lab situations where the RVR can be used as a modern day turtle robot to map out geometric shapes with pinpoint accuracy or programmed to navigate its environment.

The RVR can be driven manually via Sphero EDU app’s drive mode. The app uses the bluetooth connection which has range of around 10m. One issue we have found happens when the RVR ventures outside this range. The RVR stops, but on subsequent connections, it seems the previous instructions are kept in memory and it can go a bit wild, losing its heading and driving forward by itself. This required a shut down to reset the RVR.

Sphero have also released some helpful code which lets you drive the RVR with a traditional  RC controller. Although you will need to get programming to make this work.

The easiest way to program the RVR is with the Sphero Edu app. You have access to the blocks (a scratch like language) or Python. The Edu app comes with preloaded lessons that introduces users to their RVR and also explore maths and science problems which they can solve with the RVR. Too unlock the full power of the RVR however, you will need to go beyond the Edu app.

The RVR as a hackable robotics platform 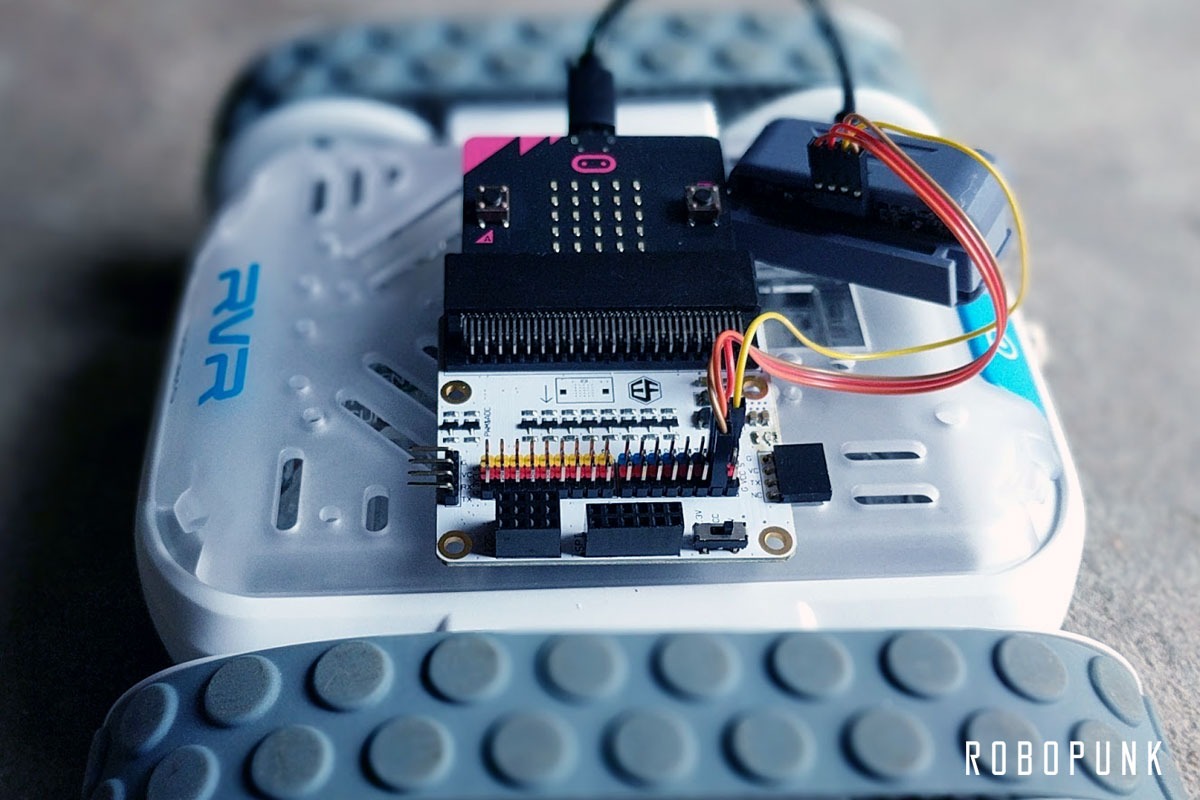 Sphero made the RVR for makers and hackers in the hope that it will spur people to go beyond the available functionality and expand on what it can do.

Using the RVR for a transport module Is like having your project riding in a rolls royce.

The chassis on most robotic kits come are an afterthought whale the main focus is on the software and experiments. This limits their application to lab settings. The RVR however is built like a solid mini panzer tank, and feels like it could be deployed for real world applications.

The high capacity 5000mah battery is very useful, allowing your projects to draw power all from the one source. It can simultaneously drive the RVR while providing power to add-on accessories and micro controllers. The battery is swappable which means that there won’t be any downtime, provided you have a few charged units ready. The RVR also has a low power sleep mode, which could be useful for IOT applications where the RVR can come out of standby when commands are received over the Internet.

The ability to add additional computers / microcontrollers to the RVR is the most compelling feature. Sphero has ensured that the RVR is readily compatible with the most popular microcontrollers, with a set of SDKs and “getting started” guides for the Arduino, Raspberry Pi and the Microbit. With a little knowledge of python, there is nothing to stop you from connecting the RVR to other Python enabled boards like the LattePanda and Jetson nano.

In our projects, setting up with the Microbit was super easy with power and communication

happening via one micro usb cable. The Jetson Nano took a bit more fiddling around with the UART pins and getting the right python modules installed.

This expandability unlocks the true potential of the RVR. You can add sensors to build an autonomous robot. Connect a camera for visual image processing and AI experiments.Setup a web server for a mobile IOT platform.

The RVR is a great robot for makers & coders who can unlock its true potential. If you just want to learn how to program there are cheaper options like Sphero mini or Bolt. If however, you love robotics and would like to go beyond what’s on the EDU app, then the RVR is one of the best platforms for robotics projects. The RVR feels solid, has strong motors and it can take a beating. Even after a couple of months with the robot, we still have new ideas and a list of projects which we want to make with the RVR.